Skateboarding, form of recreation and sport, popular among youths, in which a person rides standing balanced on a small board mounted on wheels. Considered one of the so-called extreme sports, skateboarding as a professional sport boasts a range of competitions, including vertical and street-style events.
Check Weather >>
<< Back to countries

One of Tokyo’s largest indoor parks, Trinity has a great repertoire of ramps including a mini half pipe, stairs and a fun box, alongside simpler ramps for the beginners out there. As the name suggests, Trinity has an on-site pro shop that’s reason enough to visit, selling decks, wheels, truck parts and apparel. The park regularly hosts various events and contests which are worth checking out too.

The varied landscape including flat and uneven surfaces, banks, rails, and bowl-shaped sections. It is suitable for all levels of skaters from beginners to advanced skaters.

The concept for the Skate Park was first developed and launched by a voluntary administration of the government (planning). In the wake of this, a collaborative effort by enthusiasts aimed to create and build an appealing and compelling park (network) by brainstorming and creating a development plan. Out of this, the Skate Park was born from a collaboration between the government and citizens; to grow together without forgetting the original intentions, a place for young people to put their feelings as a shining place on the planet. So out of the “planning” + “network”, the name was decided “Planet Park”. 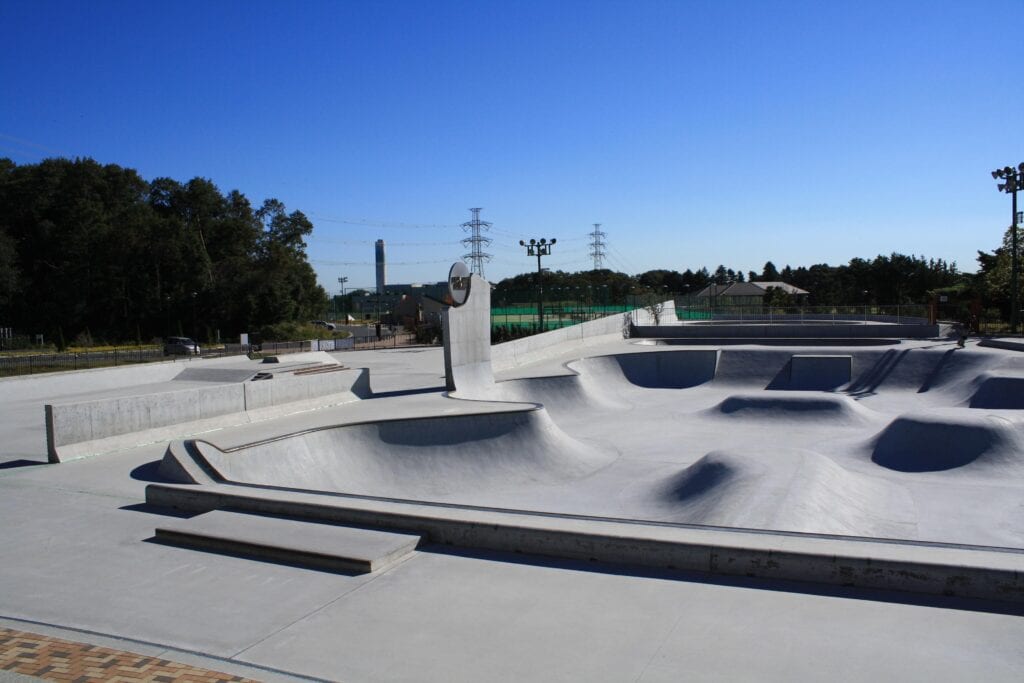